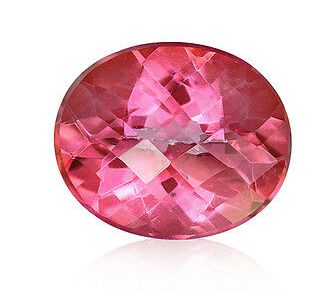 Pink topaz is the rarest topaz that is found on the earth along with the red one. This is exclusively found only in the Brazilian town of Ouro Preto and attracts the attention of anyone who encounters it. This is due to the hue of the stone, and we are well aware that pink is women’s color and preferred by mostly all the ladies out there.

This article contains information about the pink topaz for you to get acquainted with this precious colored stone.

Due to its rarity, this precious colored topaz is very expensive and valuable and is often cut to maximize rough yield. The vibrant pink color topaz is the most beloved and costs around $3500 for a carat, whereas more than 5 carat gemstones of this type are hard to find. Due to the increasing demand, these pink colored topaz are also produced through chemical processes in laboratories, which do not cost a lot of money.

Why is it pink?

While topaz is initially colorless, the pink hue of this colored topaz is due to the presence of chromium in it. This mineral gets trapped in the stones in the formation process and gives the gem all the prettiness and uniqueness it holds. The color becomes darker with the amount of chromium present in it. So, the one with lesser chromium is light pinkish, and the darker tones contain more chromium.

Having seen all the properties and interesting facts, it is quite clear why this gemstone is preferred by people, and it is worth all the pain that one goes through in finding the real and natural pink topaz. Due to its hardness, it can be worn regularly.