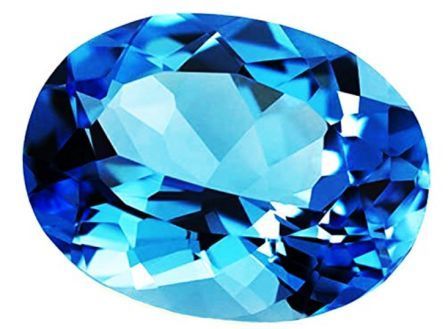 The word Topaz is derived from the Greek word “topazion,” which has further been generated from the Sanskrit tapas, which means “fire.” Blue Topaz is an aluminum silicate formed in igneous rocks with up to 20{07aad0751a400ae39bf3bde109e69c996a0e927afcfede48d6d52895e45463e3} fluorine or water. Its physical properties differ depending on the amount of fluorine or water present in the stone. The original topaz is colorless, but the blue hue is due to the rock’s impurities that indulge in the formation process. The natural blue topaz is rare and pale in color which is enhanced through irradiation while the synthetic one is created in labs through excessive treatments.

Where is it found?

Naturally-occurring blue topaz is rare; it is the most sought gemstone and adds to the wearer’s beauty. The one made with the chemical process is widely used because of its easy availability and low price range. The glare, however, is the same and raises your style quotient manifold.

This gemstone occurring through the natural process is rare and needs to be evaluated carefully. The quality is measured on the 4c’s that is Color, Cut, Clarity, and Carat. Let’s take a look at each of these factors in detail.

The shades of the color matter a lot as these affect the price. If we are considering natural ones, the price increases with the shade. The lighter tones are less expensive, and the brighter ones are more.

Several cuts were introduced in the market, such as oval-cut, pear-cut, round-cut, cushion-cut, triangle-cut, marquise-cut, and emerald-cut. The cutter aims to maximize the hue and hide the defects.

This gemstone is one of those that can commonly be found without inclusions in the stone that can be seen by the naked eye. The stone tends to look milky and opaque if the clarity is poor.

The weight of the gemstone is crucial for its valuation as the price is lesser for the small stones and increases when the stone gets bigger in size.

Topaz is the birthstone for November borns and the gem for 4th wedding anniversaries. This gemstone is not only graceful and attractive but also possesses a lot of healing properties and is known to soothe, heal, stimulate, and redirect the energies of the body some of these are mentioned below:

Wearing it or keeping it close to you at all times increases your mental health and benefits you in multiple ways. To get the maximum benefits, make sure that you clean it to maximize the gain and keep it shining!