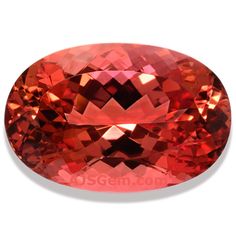 Gemstones are increasingly becoming popular among people; some of these are very rare and extremely beautiful. Someone with little knowledge might think topaz to be mere stones available in abundance in the market. Still, some of these like Imperial Topaz are the rarest topaz, which ranges from vibrant reddish-orange, sherry red, pink orange peach, vivid deep salmon pink, champagne yellow, orange to golden yellowish brown shades.

This article is a guide to imperial topaz and states various benefits and other factors that make this gemstone valuable.

The primary source for these gems is the Ouro Preto mines of Minas Gerais, Brazil. Some of its deposits were also found in the Ural Mountains in Russia.

The true naturally produced Imperial Topaz is always untreated, and those which are further enhanced through artificial means such as irradiation are not regarded as genuine Imperial Topaz.

How to Select real gemstones

While selecting Imperial Topaz, keep a few things in mind to avoid scams going on in the marketplace and be fooled. Always ensure to examine the gem under different light sources. Since topaz is available in a variety of colors and these colors are best tested under proper light sources. Colors like orange, pink, and red are better observed under incandescent light. Blue topaz should be examined in daylight or fluorescent light, and it can be considered a natural one if it gives radiant colors.

Imperial Topaz is beautiful and grand. Its features are worthy of a crystal with high qualities. This well-cut crystal looks terrific.

The best way to get the most out of this gemstone is to wear it in a ring. This might be one reason for imperial topaz rings being the most popular choice.